The Company and the company group comprising its subsidiaries (hereinafter called the “Group”) consider that their corporate governance is based on improvements and the implementation thereof to ensure that actions are taken pursuant to the Group’s corporate philosophy and code of conduct, decisions are made in a transparent, fair and efficient manner, laws and regulations are strictly observed, and corporate performance is monitored appropriately.

The Outline of Corporate Governance Structure 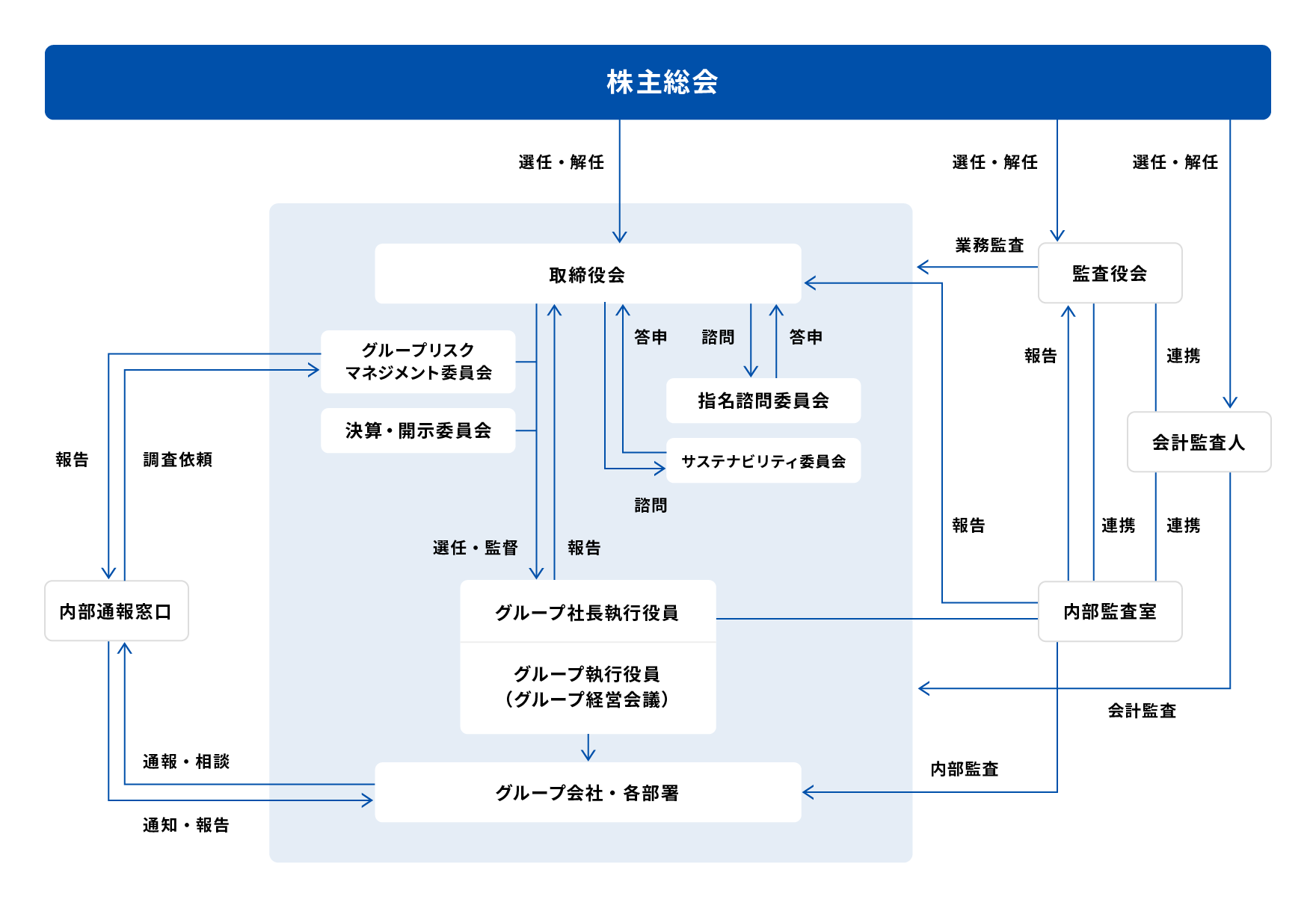 Main Initiatives
Number of Outside Directors

Number of Directors
(Outside Directors Included in Total)
7(4)

Number of Board of Director's Meetings Held
13

Number of Auditors
(Outside Auditors Included in Total)
4(2)

Average Auditor Attendance Rate at Board of Auditors' Meetings
98%

Note:Above figures include one director who retired during the fiscal year.

Evaluation of the Effectiveness of the Board of Directors

In September 2017, the Group introduced a new compensation plan (a board incentive plan (BIP) trust) to more clearly define the relationship between the remuneration of the Company’s directors (excluding outside directors and non-residents of Japan) and executive officers (excluding non-residents of Japan; collectively, “Directors, etc.”) and the Group’s business results in the medium-to-long term as well as the Company’s shareholder value, while creating a sound incentive to enhance business results and corporate value in the mediumto-long term. As a result, remuneration for directors of the Company consists of monthly compensation and stock compensation, and remuneration for outside directors who are independent from business execution consists of monthly compensation only.

This is a performance-linked stock compensation plan that aims to establish a clearer relationship between remuneration for Directors, etc. and the value of the Group’s stock. The Company's shares are purchased from the market as officer compensation, kept in a trust account and delivered in accordance with the recipient’s position and degree of achievement of the performance targets in the Midterm Business Policies.

Reasons for Appointment of Outside Directors

The reasons are described on the Our Executives page.